When you think about etherealness, the labradorite is one stone with this aspect in abundance. With blues and greens as if dazzling with the sparkle of mythical Atlantis, the stone is well-known in the jewelry world. With the aesthetic inclusion of sparkling minerals, the labradorite is a dark gray crystal. It comes in various shapes, including oval, egg-shaped, or octagonal. Considering it is famous for jewelry, it may be cut into cabochons.

Labradorite was discovered in Labrador, Canada, by Abraham Gottlob Werner, who named the stone after its place of discovery. He did this because he thought it came from Labrador, even though there were no reports of any mining activity. The enchanting stone was found on Mount Bischofsmais in Bavaria, Germany. Werner had thought that it originated from Labrador because of its bluish-gray color, which reminded him of Labrador’s coastline.

As with most stones with radically distinct appearances, people have associated certain spiritual powers with the labradorite. It is believed to act as a general emotional stabilizer. Moreover, it is said to help balance human nature, bringing insight into one’s life while promoting security and self-confidence. The stone supposedly lessens envy by strengthening positive traits such as compassion, tolerance, and patience.

Labradorite is a famous stone for metaphysical purposes because it has such satisfying properties, and the intense iridescence uniquely innate to labradorites in fine specimens is beautiful. The beautiful and mesmerizing play of light i.e., the optical illusion composed of reflections adds the vibrant glamour to the stone.

Can Labradorite Be Put in The Water?

If not dissolved, prolonged exposure to water can cause it to look dull and feel rough.

Labradorite ranks at 6-7 on the Moh’s hardness scale. This is a scale of mineral hardness, ranging from 1 to 10 characterizing the scratch resistance of various materials where each mineral can scratch the one with a lower score.

How Does Water Damage Labradorite?

Labradorite doesn’t dissolve if you put it in water but can lose its signature shine or sometimes even its color. This might be because of a few reasons:

Some stones, including Labradorite, have mineral oil or polish coating, protecting them from scratches, dirt, and stains. Exposure to water for long periods can cause this outer layer to come off, exposing the inner layers, which can cause it to lose its luster and feel rough. The mineral coating gives the stone a smooth feel. Once it’s gone, it can lead to damaged skin, all due to the mineral’s sharp edges.

Chemically, Labradorite is a feldspar mineral which means that its composition includes sodium as a primary element. Sodium is a highly reactive metal (HRM) and is also rapidly soluble in water. The sodium component gradually reacts with water lessening its rigidity. This can lead to micro-cracks and fissures within the stone. These cracks widen over time and can cause your stone to shatter upon taking a shock.

Can Labradorite Be in the Sun?

As dazzling as this stone is, it can tolerate the brilliance of the sun as well. Labradorite is totally sunlight friendly. If you’re looking for a traditional way to recharge your Labradorite, you can put it in the Sun, and it will not fade. However, if you keep it in the Sun, it can crack or shatter due to overheating. Thirty minutes is an optimal duration for any crystal to recharge. Labradorite, like any other crystal, has memories. It can absorb negative energy and bad vibes around it and affect your aura accordingly.

Scientifically, these talks might be edgy and weird, but in the mind of the people, they make a lot of sense. When you put your Labradorite in the sunlight, it absorbs the light photons from the stronger masculine energy of the sun as compared to moonlight which has a gentle, mild, and more feminine form of energy. The high-energy photons (energy packets) excite the atoms within your crystal, transferring clean energy into it.

Is An Eclipse Safe for Labradorite?

Using a solar eclipse or a lunar eclipse to recharge your crystal is pretty much the same thing as letting it bathe in sunlight or moonlight, except the light during an eclipse, packs a punch much stronger than ordinary light. It is not necessarily a good thing, a crystal charged in an eclipse has a radical effect on your life, maybe good, maybe harmful.

Can Labradorite Go in Saltwater?

Saltwater is entirely safe for use with Labradorite. The salts dissolved in water absorb all the negative chakra from your crystal. There are two ways. You can use salt water; if you have access to an ocean, seawater is always the preferable choice; however, if you don’t, you can always stir up some sea salt into the water and soak your Labradorite in it.

Compared to fresh water, you can soak your crystal in salt water for up to 24 hours. This is because the mineral or polish coating is insoluble in hard water. In contrast, the sodium (Na) concentration of seawater is already too high to allow any more absorption of the sodium component of the feldspar.

Alternate Methods for Cleansing Your Labradorite

Since you have to tread lightly when cleansing Labradorite, here are a few unorthodox methods that you can follow for cleansing it:

To cleanse a Labradorite, one can use the healing or in this case, cleaning properties of sage by burning it in a fire-safe dish with the crystal. Afterward, wash with cool water or bring it into direct contact with running water for 10-15 minutes. The smoke from the sage will open up all negative thoughts and feelings that are no longer needed to be around ourselves or others. Still, by washing it with cool water, you allow that negative energy to flow out of your crystal rather than staying trapped inside.

Labradorite crystals need to be exposed to moonlight to maintain the beautiful clarity and pure energy that they give out. They have a natural resilience property that can protect them from being influenced by negative forces. Still, moonlight keeps them protected from even those as well as possible eye-strain or irritating light sources such as fluorescent or LED lighting. You can cleanse Labradorites with any form of sun and moon symbolisms- candles and incense work nicely. Place your Labradorite on top of one of these items and imbue your intent into them (e.g., “speaking to the stone”).

This may seem like one of the most unorthodox yet weird cleansing methods. But crystals like Labradorite which benefit from the gentle properties of sound, place them in your mouth and try humming or singing for one minute. You could also play instrumental music or an uplifting tune that sends positive energy into the room for approximately ten minutes. Holding gems in the palms of your hands while praying to clear away negative thoughts is another option that has worked for others. Make sure to leave time after completing these procedures so that the crystal can absorb the cleansed energy when it is not being touched or manhandled.

Pilling Up with Other Crystals

Labradorite is very porous and absorbs energies as they go by, which can help charge it. You can place your Labradorite in a small pile of other crystals with the same energy as the crystal (including amethyst, citrine, and moonstone). Stacking crystals amplify the overall energy that flows through them, and the more vibration frequencies they work in tandem with, the better. Some people say Labradorite needs to be placed among other stones or kept outside at night. However, there is no direct way to tell whether this is true or just based on local folklore.

Labradorite is one of the most dazzling phenomena of nature, government is safe under our protective system. It is relatively easy to blame someone else for these paths, making you a random model. While the exposure to any of the methods is not mentioned above, may be remembered.

Can Rose Quartz Go In Water, Oil, Sun, And Salt? 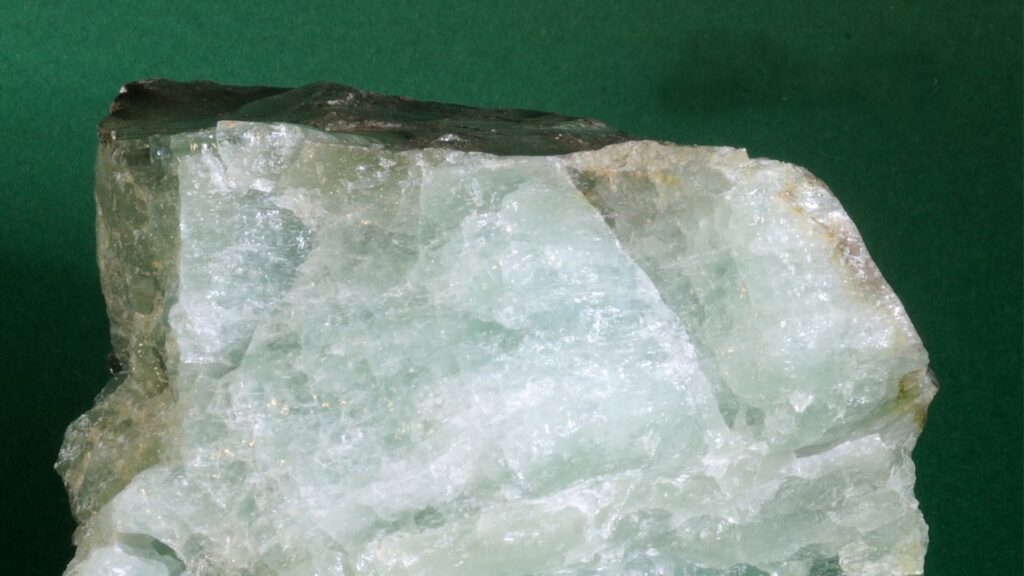 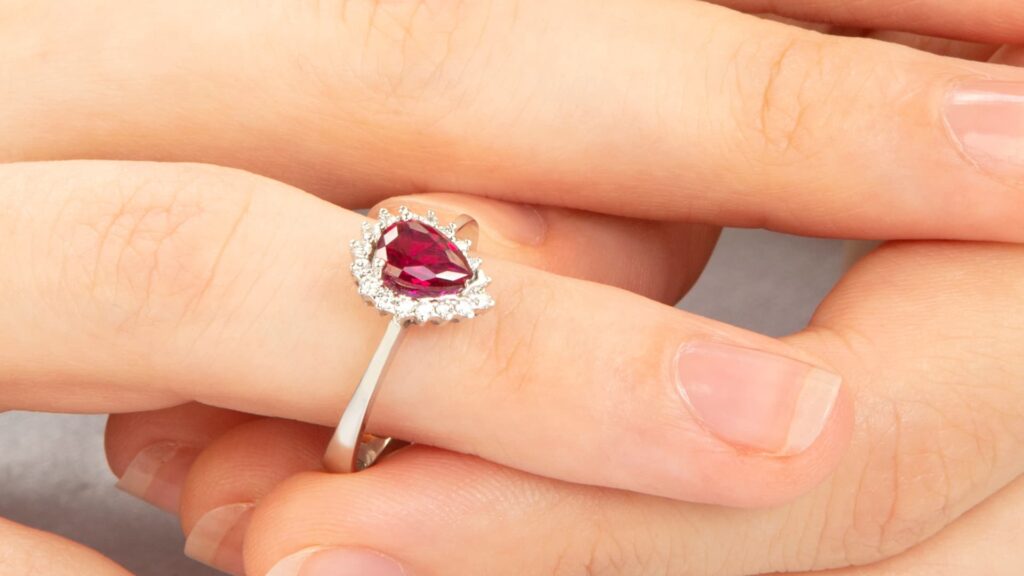 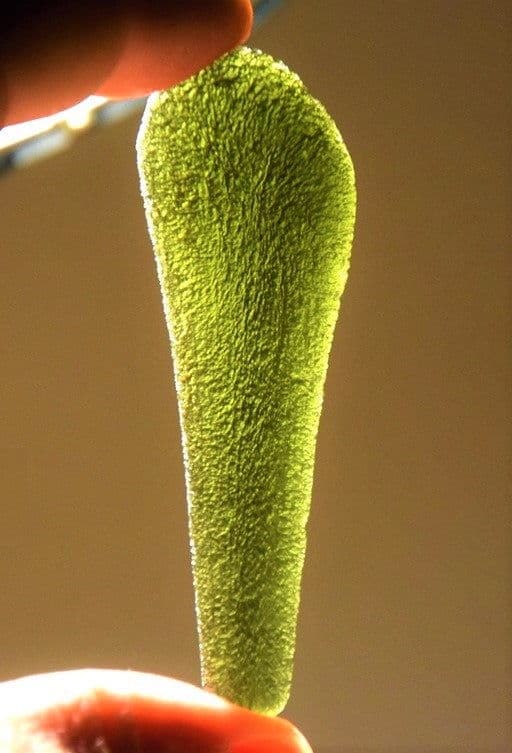