The clarity grade of a diamond is decided by the number, location, nature, and impact of inclusions or blemishes in the diamond. Many times, these inclusions make no difference without the 10x magnification yet impact the diamond’s life and performance in the long run.

Clarity is one of the 4C’S of diamond that affects not only its appearance but also its value and price. The assessment of a diamond’s clarity is based on the GIA clarity scale, which has six categories and 11 diamond clarity grades in total. It looks like this:

Flawless diamonds (F) are the rarest and most valuable of them all. As you move down on the clarity scale, the inclusions become more and more visible and hence, reduce the value of a diamond.

Anyway, let’s move ahead and talk about the VS1 and VVS2 diamonds. Find out the features that set them apart from each other and decide which one is worth your money!

What is a VS1 Diamond?

The VS1 clarity grade of a diamond stands at #5 on the GIA clarity scale and is preceded by the grades in the F and VVS categories.

A diamond with a VS1 grade indicates that it is ‘Very Slightly Included’ to the first degree. The inclusions and blemishes in a VS1 diamond can never be noticed by the naked eye.

Here’s how a two ct. VS1 diamond by James Allen looks:

However, under a jeweler’s loupe, a thorough examination of the diamond does reveal inclusions like clouds, crystals, feathers, pinpoints, needles, etc.

But thankfully, these inclusions usually do not have a huge impact on the diamond’s performance. To an unaided eye, most VS1 diamonds have the ability to look identical to a flawless or at least VVS1 diamond.

However, that, of course, doesn’t change the fact that a VS1 diamond does show visible inclusions under 10x magnification and, consequently, fetches a lesser value than a higher-grade diamond.

The size, location, or nature of VS1 inclusions is not defined. All these factors can vary based on their effect on the diamond’s performance, and the diamond will be graded as a VS1 diamond.

What is a VVS2 Diamond?

A VVS2 diamond stands only one grade superior to a VS1 diamond, and you might be guessing that there won’t be any magnificent differences. Well, you’re correct, to some extent.

A diamond with a VVS2 grade means that it is ‘Very Very Slightly Included’ to the second degree. The behavior of a VVS2 diamond is pretty similar to that of a VVS1 graded diamond.

The inclusions and blemishes in a VVS2 diamond can only be detected under a jeweler’s loupe, and that too, by a skilled grader. Even GIA defines the VVS category as:

“Inclusions are difficult for a skilled grader to see under 10× magnification.”

Take a look at a 2ct. VVS2 diamond from James Allen:

An untrained eye will hardly ever be able to spot problem areas in a diamond, even under magnification. And the naked eye can never discern between a flawless or a VVS2 diamond.

And the good news is that these VVS2 inclusions have little to no impact on the performance or appearance of the diamond.

What is the difference between VS1 and VVS2 Diamond?

While VS1 and VVS2 diamonds stand only one grade apart from each other on the GIA scale, they still show a difference in performance and appearance.

So let’s see the distinguishing features of a VS1 and VVS2 diamond.

VS1 Diamond has More Inclusions

As you move down each grade on the scale, the number of inclusions and blemishes in the diamond increases.

Standing 4th on the GIA scale, a VVS2 diamond has a minimal amount of inclusions. It belongs to the very, very slightly included category, and that means the inclusions are difficult to spot, even for a professional grader.

Here’s a GIA clarity report for a VVS2 diamond:

You can see that the inclusions are barely there.

On the contrary, the VS1 grade comes right after the VVS2 grade, yet it has a slightly higher number of inclusions. These inclusions are considerably easier to notice under a jeweler’s loupe than VVS2 inclusions. This report of a VS1 diamond shows:

Since a VS1 diamond has more inclusions, they affect the diamond’s performance more.

However, this can’t be said for all cases. At times, a VVS2 diamond may have a higher number of inclusions than a VS1 diamond, yet its effect on the diamond stays minimal.

Anyway, a diamond with fewer inclusions sure is considered more flawless. But to be fair, an unaided eye can hardly ever distinguish between VVS2 and VS1 inclusions.

Not only are VVS2 inclusions lesser in number, but also, they’re less noticeable than VS1 inclusions.

That is to say that you, as an untrained professional, will be able to detect inclusions in a VS1 diamond after a few back-and-forth examinations under magnification.

But when it comes to VVS2 inclusions, they are a lot more work. Even skilled diamond graders find it hard to locate VVS2 inclusions. Multiple scans with the aid of a jeweler’s loupe are required to identify the inclusions or blemishes in a VVS2 graded diamond.

In fact, this is how exactly GIA distinguishes between VS and VVS graded diamonds, i.e., the diamonds in the VVS category are quite a lot of work, even for professional graders, while the ones in a VS category are easier to grade.

VVS2 inclusions are often lesser in number and always less noticeable. On top of that, they’re less impactful too.

The impact of inclusions in a diamond immensely affects its appearance, light performance, sparkle, and even brilliance to some extent.

To put it simply, a VVS2 diamond could have two pinpoints and three feathers, but they would still be of a lesser impact than a single VS1 feather, cloud, or any inclusion, for that matter.

VS1 inclusions have more impact on the performance and durability of a diamond. But don’t worry because it is not that bad. They still fall under the best diamond category.

Since they belong to a superior category on the clarity scale, VVS2 diamonds sure are more expensive.

VVS2 diamonds stand just next to the flawless category of diamonds which is why they fetch a higher value than VS diamonds. So with a VVS2 diamond, you’ll be paying a premium price for lesser inclusions and hence, a more flawless diamond.

VS1 diamonds are less expensive yet still perform equally well as a VVS2 diamond, provided you’re viewing it without any tools.

Anyway, we’ll see in the later section how these two grades differ in terms of their prices.

VS1 vs. VVS2 Diamond: Which is better?

Well, at the end of the day, it really is a matter of personal preference. In some situations, a VS1 diamond can prove to be an amazing choice. In others, you may find a VVS2 diamond to be the better choice.

However, there are a few facts that can help you decide between the two. A VS1 diamond performs stunningly as long as the carat weight doesn’t go beyond 1.5.

A diamond more than 1.5ct. It will make the inclusions or blemishes easily visible due to their bigger size. Other than this particular situation, a VS1 diamond can look as enticing as a VVS1 diamond as long as it is eye clean.

You can save money and utilize it to get a better color or cut grade!

A VVS2 diamond can be an amazing choice for the ones who’re looking for an F grade clarity yet are not willing to pay the premium for it. A VVS2 diamond looks as gorgeous as a ‘Flawless’ diamond to a naked, untrained eye. A VVS2 clarity can be a splendid choice even if your diamond is over 2ct.

In most cases, the difference between a VS1 and VVS2 diamond exists merely on the paper. Since they’re only one grade apart from each other, you will not really find big differences.

Just pay a little attention to the nature and location of the inclusions in a VS1 diamond. If they’re not located in problematic or fragile areas of a diamond, your VS1 diamond will perform as well as a VVS2. And of course, do not forget the eye cleanliness!

Price Comparison: VS1 vs. VVS2

A VVS2 diamond will almost always cost you more than a VS1 diamond, for it offers more clarity and has lesser inclusions. VVS2 stands only one place ahead of VS1, yet the price difference between the two can be massive at times.

While in some cases, you may find the difference to be negligible. This mostly happens when we’re dealing with a carat weight of 1.5 or lower. As the carat weight increases, the price difference becomes considerably large.

Anyway, let’s take a look at a few diamonds from the Blue Nile and Ritani so that you may assess the price difference on your own.

Starting with a 2.01 ct. Round Ideal, G color diamond by the Blue Nile. This diamond with VS1 clarity will cost you around $28,500 whereas, if we set the clarity to VVS2, a similar diamond can fetch a price up to $31,000. Not a massive difference, but still there.

Moving on to diamonds from Ritani. A 2ct. Round Ideal, F color diamond with a VS1 clarity is available at an amazing price of $24,835. But a diamond with a similar cut, color, caratage, and a different clarity, i.e., VVS2, fetches a price of $33,340.

Now that amount of money you’ll definitely want to save if your eyes cannot really see a difference, right?

Anyway, there’s not a definite price range difference between these two clarity grades. A VVS2 diamond can cost you anywhere from $3k to $15k more than a VS1 diamond. So you gotta be wise with your choices!

Is VS1 and VVS2 Diamond Eye Clean?

Diamonds with a higher clarity grade are almost always eye-clean. However, you can find eye-clean diamonds even in the lower grades on the scale.

If a naked/unaided eye cannot detect any visible blemishes or inclusions in a diamond, it means that it is eye clean. So if you’re only concerned about the eye cleanliness of a diamond and not about the things written on a diamond certificate, then you can save yourself a lot of money.

Because with higher clarity grades, most of the features make a difference only on the paper. To an unaided eye, a VS1 diamond may look equally eye-clean as that of a VVS1 diamond. At times, you can even find eye-clean diamonds at an Sl1 grade. But you’ll have to scour through lots of diamonds to get that lucky.

Anyway, since VVS2 and VS1 diamonds both belong to the top categories on the clarity scale, both of them are eye-clean.

Well, certainly, you’ll be hard-pressed to find any differences between a VS1 and VVS2 graded diamond. If you’re not concerned about how the diamond will look under magnification (which is the case more often), then you should definitely go for a VS1. And save yourself from paying the premium price for features that won’t even make a difference once the diamond is in your hands! 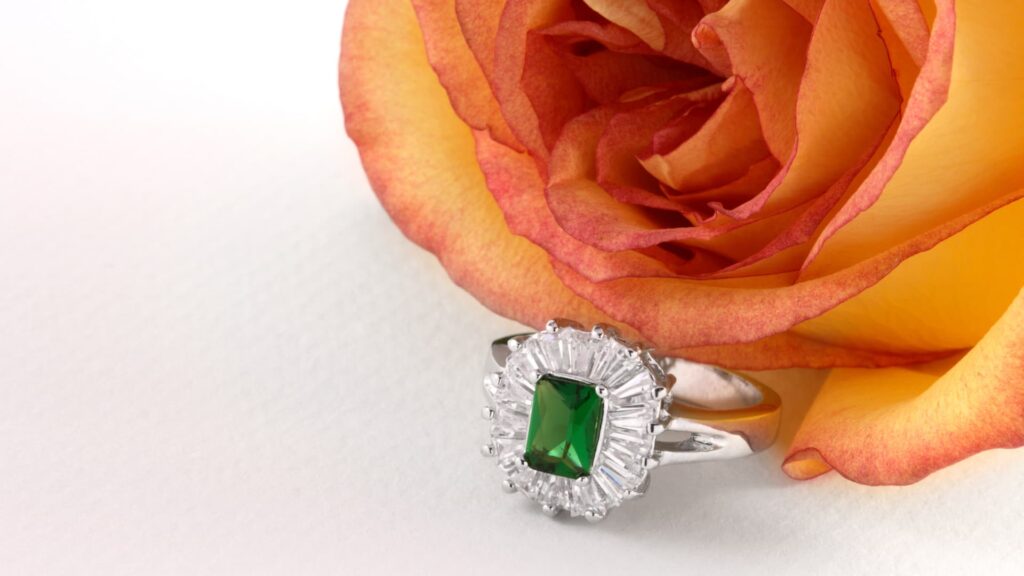 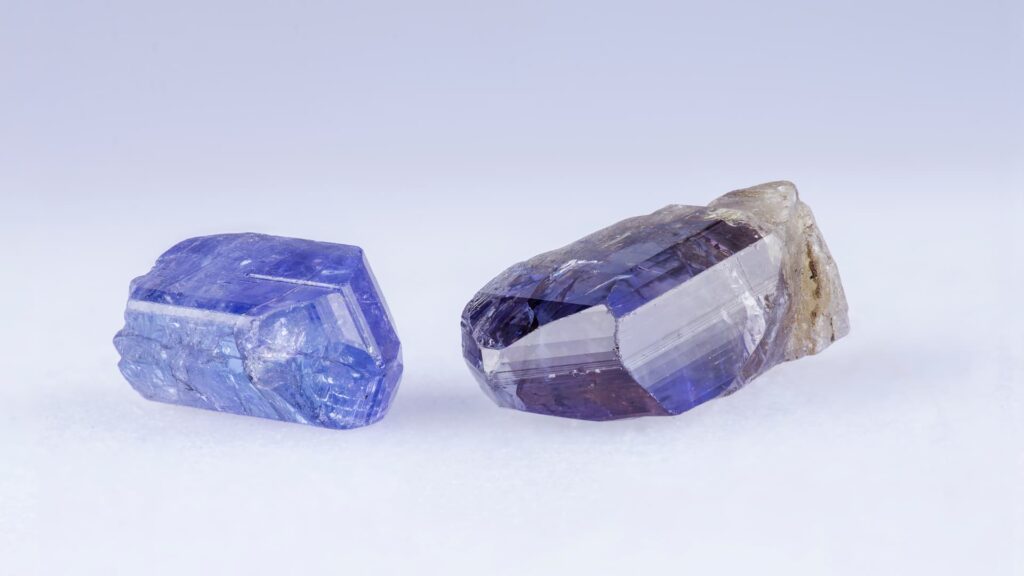 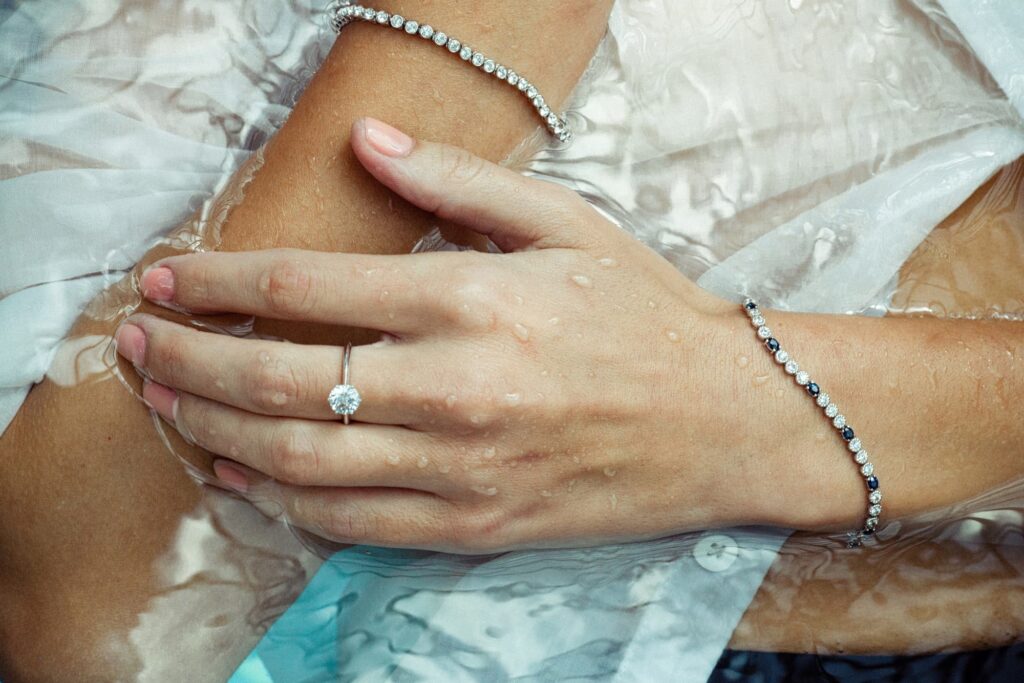 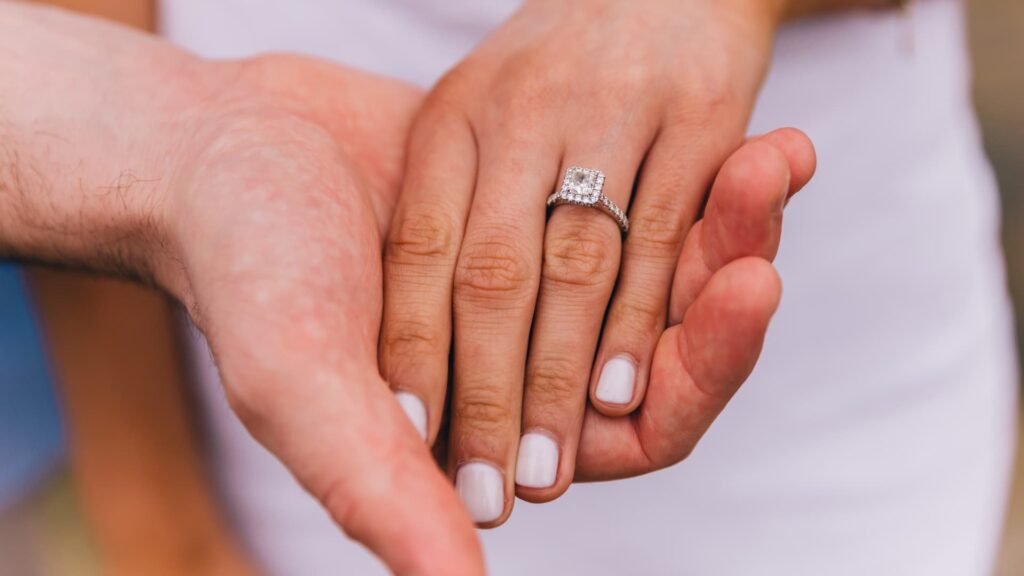