Using an earring as a nose ring is not a great idea. Because ear lobes are made from flesh and skin while your nose is made of cartilage. You cannot use the same thing for both. Not only that, but the nose piercing and ear piercing is done with different sized needles. A nose piercing is usually done by a 16g thin needle while a 20-22g needle is used for an ear-piercing most of the time.

Earrings are also usually made from thicker posts and different gauge sizes that cannot fit into the nose piercing. It may be thicker than the nose piercing hole and will cause a nuisance if you try to get it in. Also, ear studs are made with different back findings which are not suitable for your nose.

They usually feature a butterfly black, a screw back, or a disc – wouldn’t it be a hassle to secure your nose piercing with these types of backs?

An ear stud will also look odd on your nose because nose studs are usually not that big. It will instantly grab odd looks from people who will definitely realize what you’re wearing on your nose is an ear stud. The back of the nose stud is secured by a flat back disc or they are nose bones, or L-shaped studs which is safe for the inside of your nose. They prevent any kind of scratching in the nose cartilage and hence, prevent infections on the inside of the nose. Now coming to the tops of the nose studs, they are also designed differently in that they are flat from above so they don’t cling to something and consequently, tear your nose piercing apart.

Can You Use Ear Hoops As nose Ring?

Ear hoops aren’t that great of an idea either. A nose ring is far different from an ear hoop, not only is it thinner and smaller but also features a different type of back finding. Ear hoops usually have a straight bar that is used to clasp/unclasp them, on the other hand, nose rings are just kind of a full circle that is easier to put on. Also, ear hoops are different in size and making, they wouldn’t look good on the nose in the first place.

Read Also :What Earrings To Wear With A Choker?

Why Not To Use Earrings As Nose Ring

These were some technical reasons as to why you shouldn’t use an earring as a nose ring. Now let’s get to the part that might actually stop you from trying this earring as a nose ring stunt at home. Your nose is far more sensitive than your ear lobe which means it also is more prone to infections.

In our opinion, nose is last the last thing you should experiment with. Putting incompatible posts and studs or rings in your nose will most likely lead to severe infections. You may damage your piercing hole permanently or you may end up stretching your nose piercing.

Read Also:Can You Use Safety Pins As Earrings?

You Can Damage Your Nose

The back of an earring can also damage the inside of your nose. Putting something that you use for your ears in your nose is also highly unhygienic. You will have to be more than careful about its cleanliness.

It Can Get Stuck In your Nose

An earring may also get stuck in your nose, it is going to be one hell of a task to remove it so it is better to use something that is designed specifically for a nose piercing and save yourself from all the potential harm that you could do to yourself.

Can You Use A Nose Ring As An Earring?

A nose ring can be used as an earring but not in all cases. Nose rings or studs are very small as compared to ear studs or rings. As we have already mentioned the size difference between the nose piercing needle and the ear piercing needle, so in very rare cases if the size of the nose studs or rings is appropriate for your earlobes you can wear them interchangeably.

Mostly, ear bones or studs are not very comfortable for wearing on the lobes, however, they can be worn in the helix piercings easily. Also, L-shaped nose studs can be used as tragus piercings. Nose rings are very thin and secured with a flat back disc or a ball end so they are easily wearable as cartilage piercings. Nose rings are made from hypoallergenic material, so the suitability of the material is not a problem as well.

But if you plan on wearing your nose ring as earrings interchangeably, be very cautious about keeping it hygienic. Your nose cartilage or even ear cartilage can catch infections if you don’t sterilize your nose ring before placing it either in the ear or nose.

See the 5 Best Earrings That Toddlers Can’t Take Out

How To Turn An Earring Into A Nose Ring?

After we have absolutely opposed the idea of using an earring as a nose ring, us addressing this question in our article might be looking odd to you.

We do realize at some point you might be in dire need to use your earring as a nose ring. That’s when you lose your nose piercing, you can’t immediately head to a jewelry store to get a new one and are looking for something to keep your piercing alive.

Yes, we know the closing of a nose piercing is like a nightmare. You don’t want to get it pierced over and over again and then experience the healing process from scratch.

So what you can do in such a condition is to find the smallest ear stud that you own. Make sure that the post is not too thick or short. Also, keep in mind that the metal is suitable for wearing as a nose piercing. Next, remove the back off of the stud and then turn needle with the help of a plier and form an L shape of the needle.

This way you’ll be able to keep the stud secured in place. You can used this improvised version of nose stud for short term. We don’t recommend you to use it unless very necessary. It is always best to use the jewelry that is designed specifically for a certain body part.

Entirelooks.com is a participant in the Amazon Services LLC Associates Program, an affiliate advertising program designed to provide a means for sites to earn advertising fees by advertising and linking to Amazon.com. 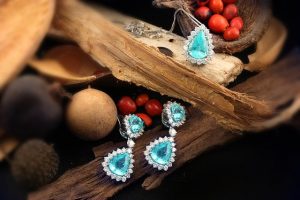 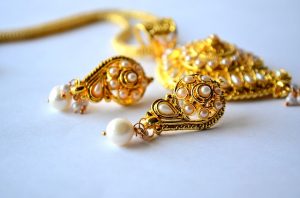